Tackling the misconceptions and often stigmas surrounding apprenticeships is a high priority for the Solent Apprenticeship Hub team, as we are faced with a number of the same questions regularly or come across others at events who will ask us questions such as: ‘Aren’t apprenticeships for more vocational industries?’ or ‘I was told I am too academic for an apprenticeship’. Now, we don’t blame you for asking these questions whatsoever, there is just a lot of misinformation and incorrect facts about apprenticeships floating about the place. Whether you are an employer and have been told an apprentice would be too expensive to take on, or you are coming to the end of your school life and have been shunned away from apprenticeships to the more traditional route of college or university, we guarantee that you have been undersold the brilliant thing that is an apprenticeship.

Whilst we appreciate all the fantastic work teachers in schools do for young people across the country, schools are where the vast majority of misconceptions arise surrounding apprenticeships. For year 11’s and those approaching 18 years of age, teachers will recommend the path well-trodden of college, sixth form or university. This is not out of malice for apprenticeships, but because this is what they know from personal experience and from helping former pupils and don’t wish to jeopardise futures by taking a risk. By encouraging a young person to pursue a future with apprenticeships, they will feel a certain sense of responsibility if this does not go exactly as they had wanted it to, and so will instead recommend a path that they know like the back of their hands instead. But what this tells us, is that MORE needs to be done in order to educate teachers and schools fully in the workings of apprenticeships, to give them the confidence to recognise when one of their pupils would be more suited to this path and then encourage them to take it. A which? 2017 study found that 1/3 of young people do not know anything about apprenticeships, whilst 94% have a good understanding of University.

Teachers know their pupils extremely well, some of them having known the young person from the age of 11 years old right up to 16 or 18, and will therefore know their pupils’ learning style and capabilities. From personal experience, I wish I had been told by a teacher whilst I was at school that there were more apprenticeship opportunities related to my skills, but instead my teachers only knew about apprenticeships related to science, or trades. With neither of these being my strong points, I was pushed down an academic route towards University, which was just not right for me, but once I did my own research and found an apprenticeship in a suitable industry, I have never felt more positive about my future.

This brings me on to the first of the main stigmas we encounter regularly: ‘Apprenticeships are just for those wanting to follow trades or vocational industries.’ This could not be further from the truth. Whilst, yes, there is a plethora of apprenticeship qualifications in trade related courses, there is also a vast number of courses available to anyone in industries of all kinds. Whether you are interested in becoming a veterinary nurse, a digital marketer, an accountant, a puppet maker, an aerospace engineer, a beauty therapist, a horticulture operative, an IT specialist, a laboratory scientist, a software developer, a paralegal, an environmental conservationist or one of the literally 461 other apprenticeship opportunities available currently (185 MORE in development) – there is something for you!

Our next stigma on the list we take very personally… We don’t really, but this one is just outright false ‘Nobody successful ever started out with an apprenticeship’ – We’re not joking, we have heard this! So we would like to show you a handful of highly successful celebrities who started out as humble apprentices… 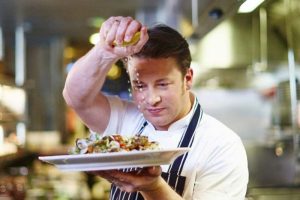 Jamie started out as a catering apprentice and is now one of the UK’s if not worlds, best known TV chefs – I think we could all count this as a success? 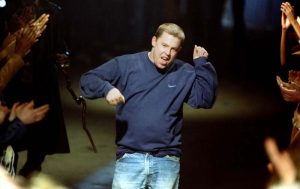 One of the most renowned Fashion Designers in the world started as an apprentice tailor at Saville Row in London, and was estimated before his death to have a net worth of over £24 million. 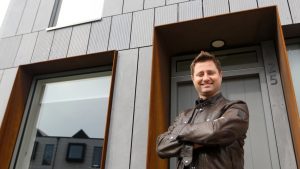 One of the UK’s best known architects started out as an apprentice at the young age of just 16, and now presents a number of well viewed home programmes such as ‘restoration man’ and ‘amazing spaces’. 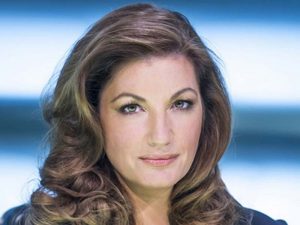 Best known for being one of Lord Sugars trusted sidekicks on ‘The Apprentice’, Karren Brady started her career as an apprentice in advertising and is now estimated to be worth a whopping £85 million.

So we think it goes without saying, that there are many well-known and successful individuals who started as apprentices…This is just a tiny handful of celebrities, there are countless others who have had hugely prosperous and fulfilling careers that all started out as apprentices.

The third and final stigma is age… ‘Aren’t I too old or experienced to be an apprentice?’ and our answer is always NO! As long as you are above 16 and in employment then you are eligible for an apprenticeship. So many wrongly believe that to do an apprenticeship you have to be fresh out of school, and doing one later in your career is considered strange. But there is nothing strange about wanting to up skill yourself, learn a new trade, perhaps in an industry that you had not considered until recently, you may want to completely reskill and have a completely different role which your current qualifications and experience will not allow you to do. With an apprenticeship you can learn on the job and kick-start your career in whatever industry you please. Many people will consider themselves too qualified for an apprenticeship too because they have A-Levels or even a degree. But with the range of levels available for apprenticeships going right from GCSE to Masters Level, there is fantastic opportunity for personal development and learning amazing skills which will aid you in your career.

We feel so passionately about apprenticeships getting the recognition for opening a person up to new opportunities in their lives, that we hate to hear these common misconceptions and stigmas attached to them. If you would like a list of the available apprenticeship standards in the UK check out the Institute for Apprenticeships. If you have any questions about how we can help you to enrol on an apprenticeship, or what your best options are then email: apprenticeshiphub@southampton.gov.uk . For any other queries about apprenticeships in general, why not check out our Q&A videos and other blogs or check out our Social Media platforms and see what we’re up to?

This website uses cookies to improve your experience while you navigate through the website. Out of these, the cookies that are categorized as necessary are stored on your browser as they are essential for the working of basic functionalities of the website. We also use third-party cookies that help us analyze and understand how you use this website. These cookies will be stored in your browser only with your consent. You also have the option to opt-out of these cookies. But opting out of some of these cookies may affect your browsing experience.
Necessary Always Enabled
Necessary cookies are absolutely essential for the website to function properly. These cookies ensure basic functionalities and security features of the website, anonymously.
Functional
Functional cookies help to perform certain functionalities like sharing the content of the website on social media platforms, collect feedbacks, and other third-party features.
Performance
Performance cookies are used to understand and analyze the key performance indexes of the website which helps in delivering a better user experience for the visitors.
Analytics
Analytical cookies are used to understand how visitors interact with the website. These cookies help provide information on metrics the number of visitors, bounce rate, traffic source, etc.
Advertisement
Advertisement cookies are used to provide visitors with relevant ads and marketing campaigns. These cookies track visitors across websites and collect information to provide customized ads.
Others
Other uncategorized cookies are those that are being analyzed and have not been classified into a category as yet.
SAVE & ACCEPT